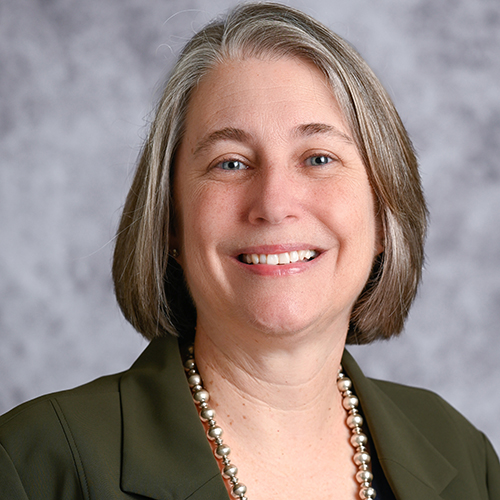 As principal investigator of the Laboratory for Analytic Sciences, Dr. Alyson Wilson oversees academic and industry research. Wilson is also the associate vice chancellor for national security and special research initiatives at NC State, and a professor in the department of statistics. Her areas of expertise include statistical reliability, Bayesian methods, and the application of statistics to problems in defense and national security.

Prior to joining NC State in 2013, Wilson was a research staff member at the IDA Science and Technology Policy Institute in Washington, D.C. (2011-2013), an associate professor in the Department of Statistics at Iowa State University (2008-2011), a Scientist 5 and technical lead for Department of Defense Programs in the Statistical Sciences Group at Los Alamos National Laboratory (1999-2008), and a senior statistician and operations research analyst with Cowboy Programming Resources (1995-1999). Wilson is a fellow of the American Statistical Association and the American Association for the Advancement of Science, an elected member of the International Statistical Institute, and a member of the NC State Research Leadership Academy. She is the winner of the American Statistical Association Section on Statistics in Defense and National Security Distinguished Achievement Award (2018), NC State Alumni Association Outstanding Research Award (2017), and the Army Wilks Award (2015). In addition to numerous publications, Wilson has co-authored a book, Bayesian Reliability (Springer, 2008), and has co-edited two other books, Statistical Methods in Counterterrorism: Game Theory, Modeling, Syndromic Surveillance, and Biometric Authentication (Springer, 2006) and Modern Statistical and Mathematical Methods in Reliability (World Scientific, 2005). Wilson received her Ph.D. in statistics from Duke University, her M.S. in statistics from Carnegie-Mellon University, and her B.A. in mathematical sciences from Rice University.